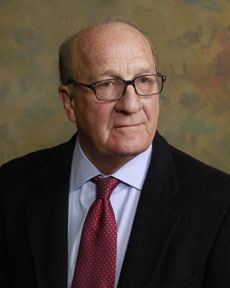 Mr. Elion was born in 1943 in New London, Connecticut. He attended the University of Hartford (B.A. 1968) and the University of Iowa (J.D. 1971) and was the recipient of the Reginald Heber Smith Community Lawyer Fellowship in 1971-1973. He was admitted to the bar to the state of Iowa in 1971, to the bar of the United States Court of Appeals for the Third Circuit in 1975, and was admitted to the bar of the Supreme Court of Pennsylvania, the United States District Court for the Middle District of Pennsylvania and the United States Supreme Court, in 1975. Mr. Elion is a member of the Lycoming Law Association, the Pennsylvania Bar Association, the Association of Trial Lawyers of America, and the Pennsylvania Trial Lawyers Association. Mr. Elion concentrates his practice in the areas of civil trial practice, negligence law, personal injury, products liability, medical negligence, and historic preservation law.